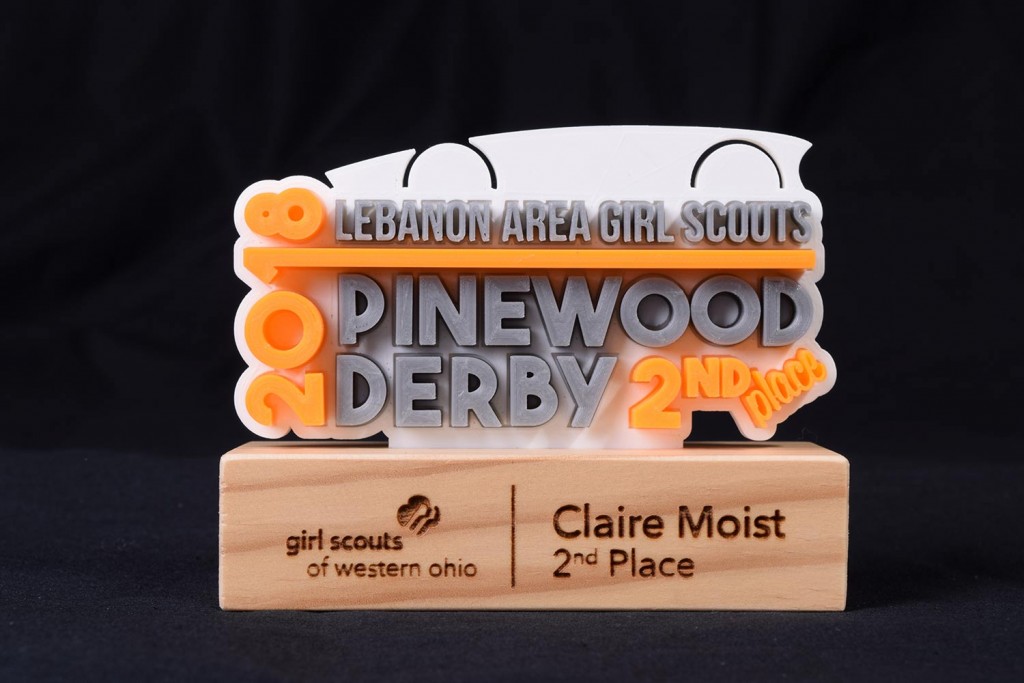 It’s pinewood derby season again! This year, both the Girl Scouts and Cub Scouts are having derbies, which makes for twice the fun. At the time of this writing, Claire had already competed in her derby, and with a little luck, she finished second of 57 racers – just .01 out of first!

While the top three got called up after the race, and while every racer got a cool car stand on which to display their build for the year, there were no trophies or awards for the winners. I’ve been looking for an opportunity to build some custom awards though, finding inspiration form sites like Potato Press. I took this opportunity to build something for Claire that would help commemorate her first ever Pinewood Derby.

Given the tools on hand, I decided to combine 3D printed parts with some woodworking and maybe convince a friend to give me some time on their laser. The hope was to achieve an interesting an interesting dichotomy between the man-made plastic and natural wood.

I mocked a design up in Illustrator, true to size and exported as a SVG. 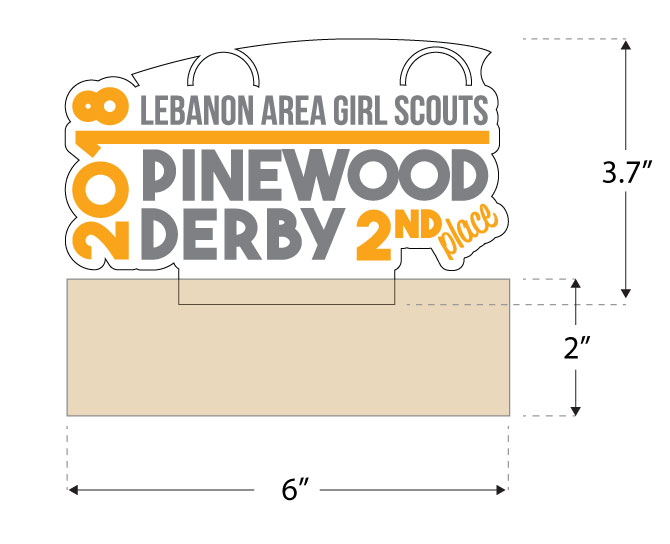 I then imported to Fusion 360 to extrude all the parts and prepare for 3D printing.

The base printed without a hitch. 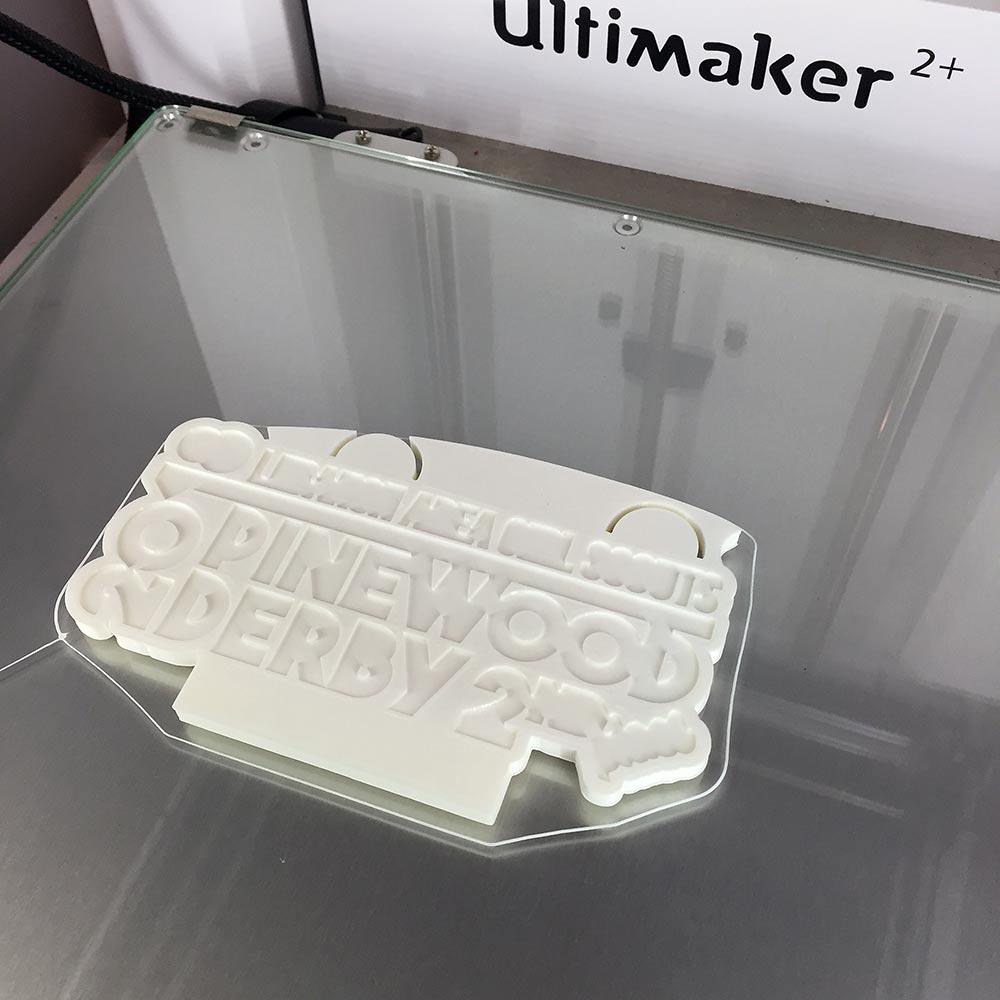 I printed the letters twice – once with a brim (the surrounding base layer to promote adhesion), and then once without. Excluding the brim made for parts that required no post processing or cleanup, which was ideal.

I then milled a block of wood to my desired dimensions and used the CNC router to route a slot in the top, just large enough for the 3D printed assembly to slide in. After a few coats of polyurethane and some pleading with Michael, I was ready to engrave the front using his GlowForge. 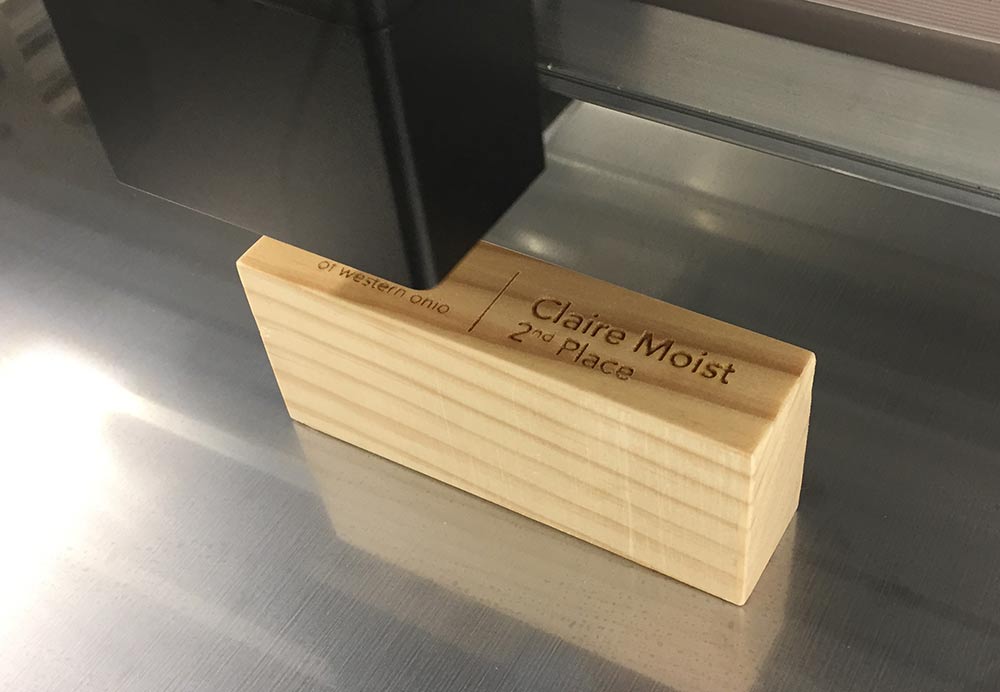 Add some glue and a little polish, it was finished! Overall, I’m pretty happy with how it turned out, and Claire likes it too!