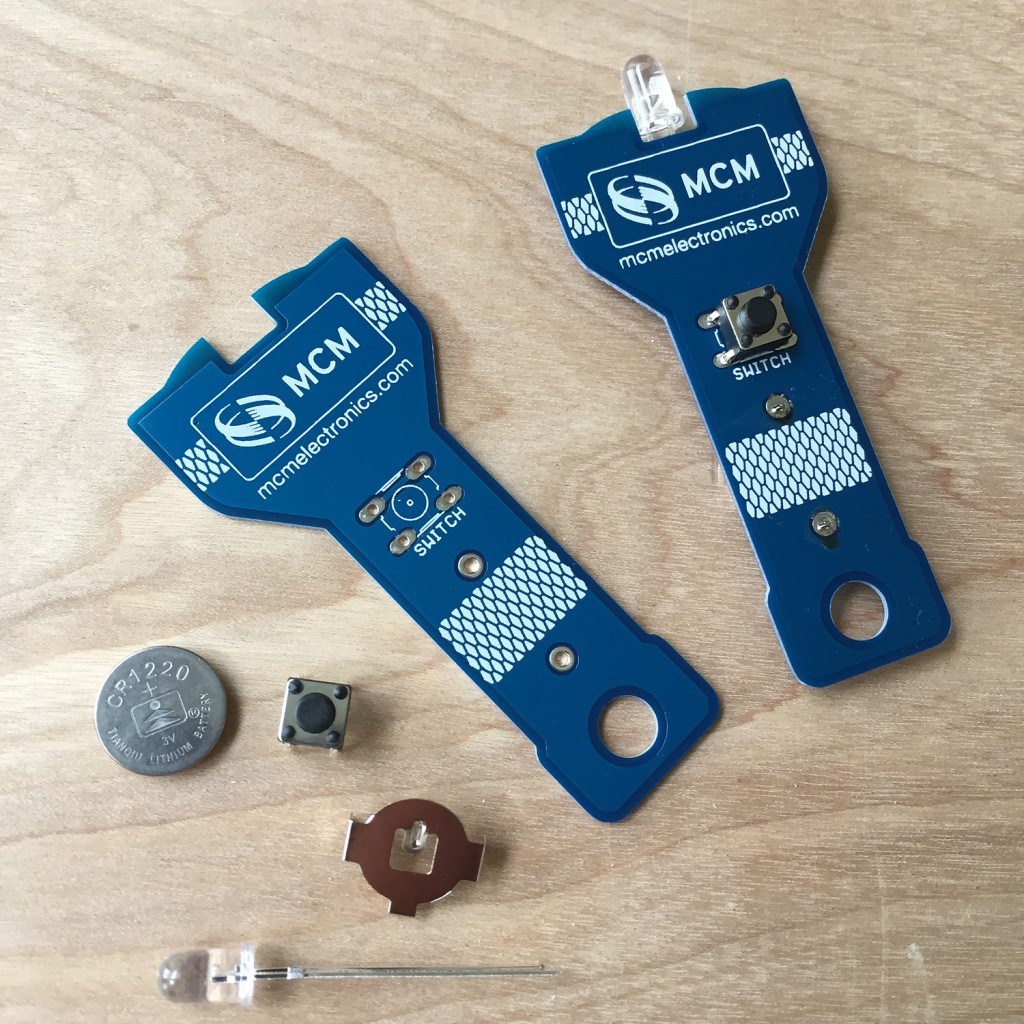 At MCM Electronics, one of the initiatives I felt strongly about was giving back to the community through education. MCM is a leader in the soldering field. They own Tenma, a house brand line of soldering and test equipment, as well as distribute national brands like Weller, Hakko, and more. When the opportunity came along to sponsor the Dayton Maker Faire in 2016 with a Learn to Solder booth, I got very excited.

MCM already sold learn-to-solder kits, but they weren’t branded and were generally too expensive to act as a donation. I designed a PCB in Illustrator in the shape of a keychain flashlight that would use just a few components, such as an LED, battery holder, and tactile button. Some would mount through-hole; some surface mount, which would be the perfect kit with which to learn to solder. Further, it was branded with the MCM logo and URL. 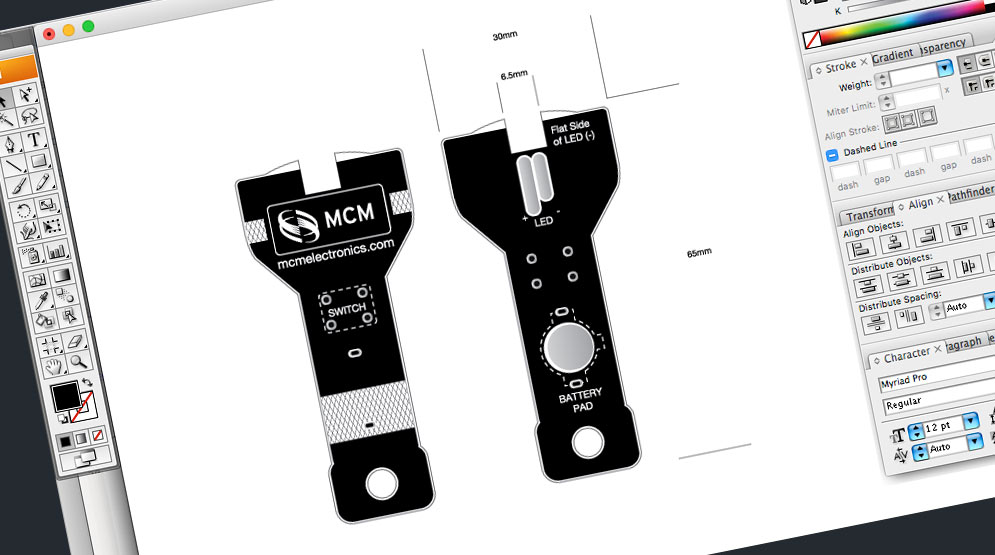 MCM’s Maker category product manager had the actual traces and CAD work done in Eagle at Spikenzie Labs, and the boards were produced in China at a very low per-board cost.

The kits were a hit at the Maker Faire and helped MCM to secure a spot in hundreds of participant’s pockets! 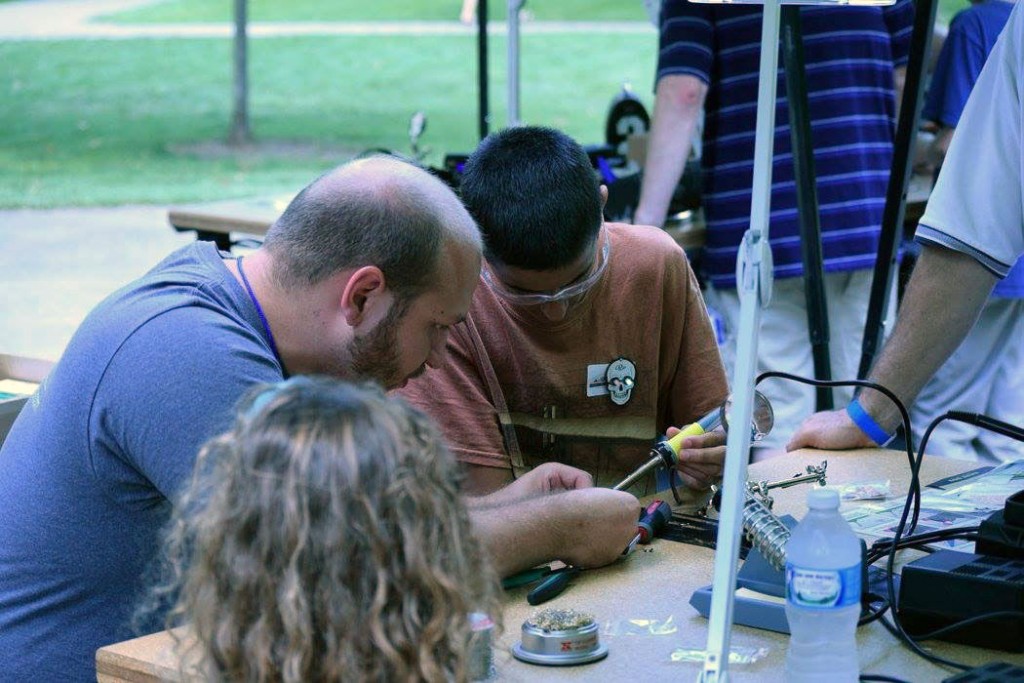 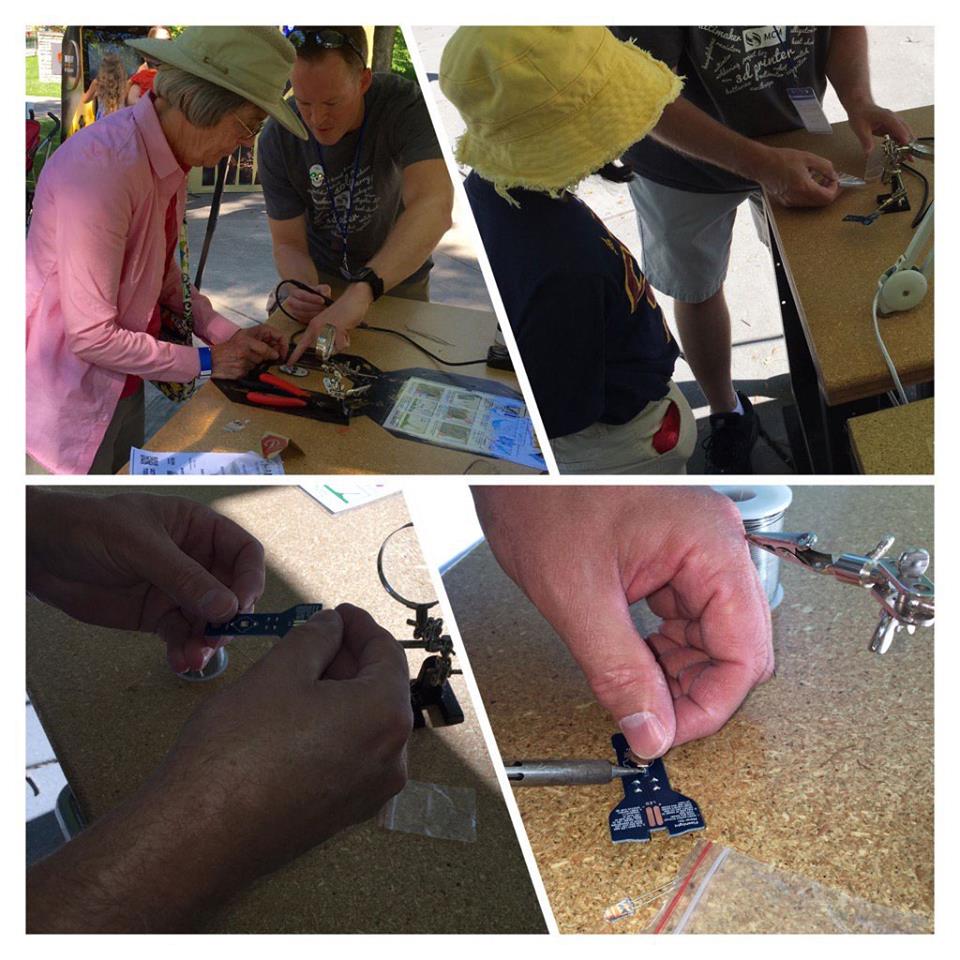