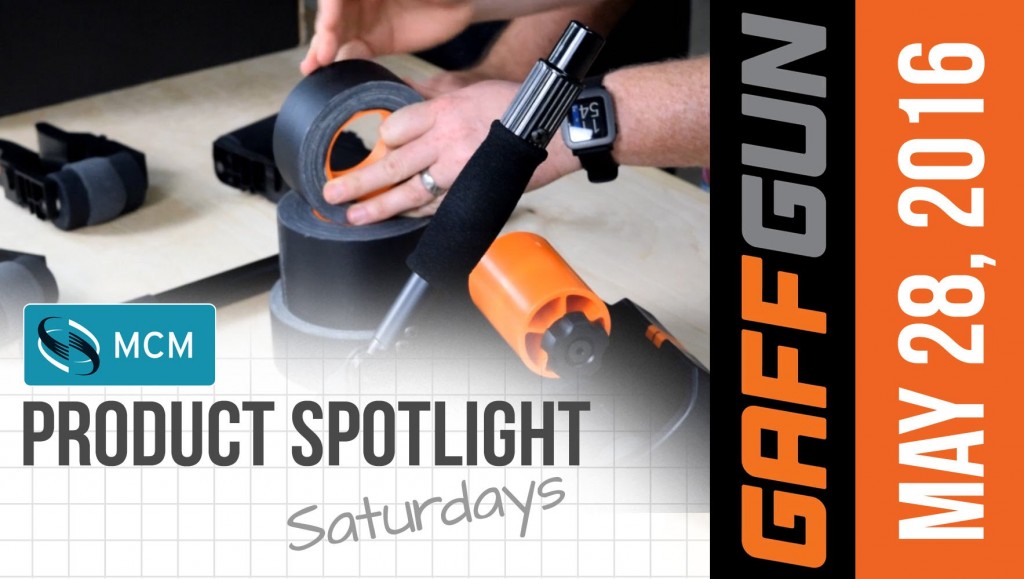 When at MCM, I initiated a new campaign that centered around new and exciting products being offered. Each week, I’d write a script, film and edit the video, and create an email that would go out to our user base on Saturday. I assembled a set in the warehouse, building workbenches, signage, and setting up lighting and audio recording equipment. I managed this campaign from October 2015 through October, 2016. It consisted of around 42 videos. Shooting was done on two Nikon D3300s. Sound was recorded on a shotgun mic above the actors. Editing was done using CyberLink PowerDirector.

Here are some of the better performing videos. All videos can be seen on MCM’s YouTube channel.

MCM sells a wide range of LED lighting. There are several types of this lighting, so we focussed on the different types, and then completed a project to illustrate how they can be valuable in a real-world scenario.

The GaffGun is a tape gun specifically designed to quickly lay down gaffers tape to cover cable runs, tape down carpets, and more. We created a video to illustrate how it works, and why it’s beneficial.

MCM’s house line of weatherproof cases are a great value, and we wanted to illustrate how they held up to various types of environments and abuse.