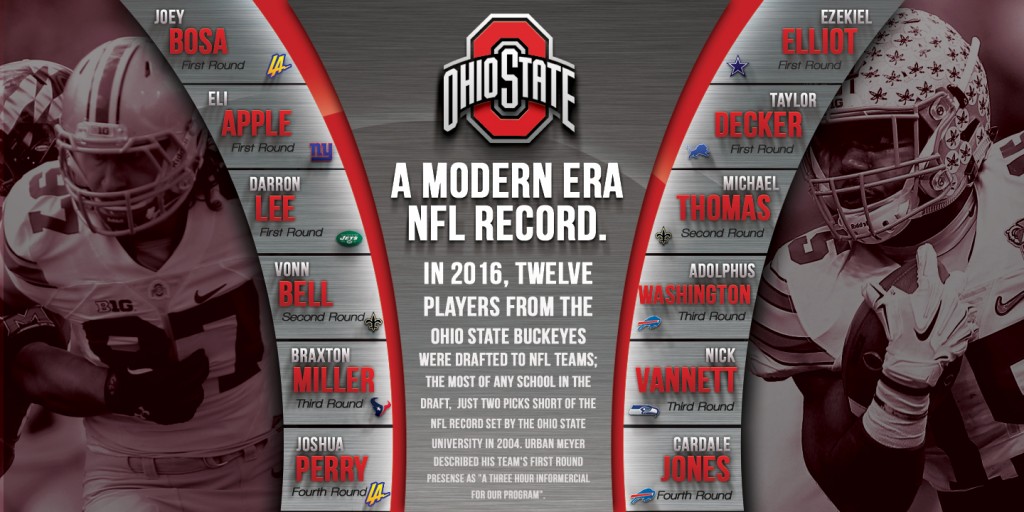 As part of an interview, I was invited to create a design for the Ohio State University that would introduce the most recent NFL draft picks from OSU.

Here is a loose review of the process I took in this exercise.

Mock it up in Illustrator/Photoshop

From this point, I took the sketch and reproduced it in Photoshop, adding color, shadows and effects to give a realistic view of the finished product. While I’m happy with the design, I think it would be amazing in real life. The various dimensional elements would work well with different light sources to create a very compelling display.