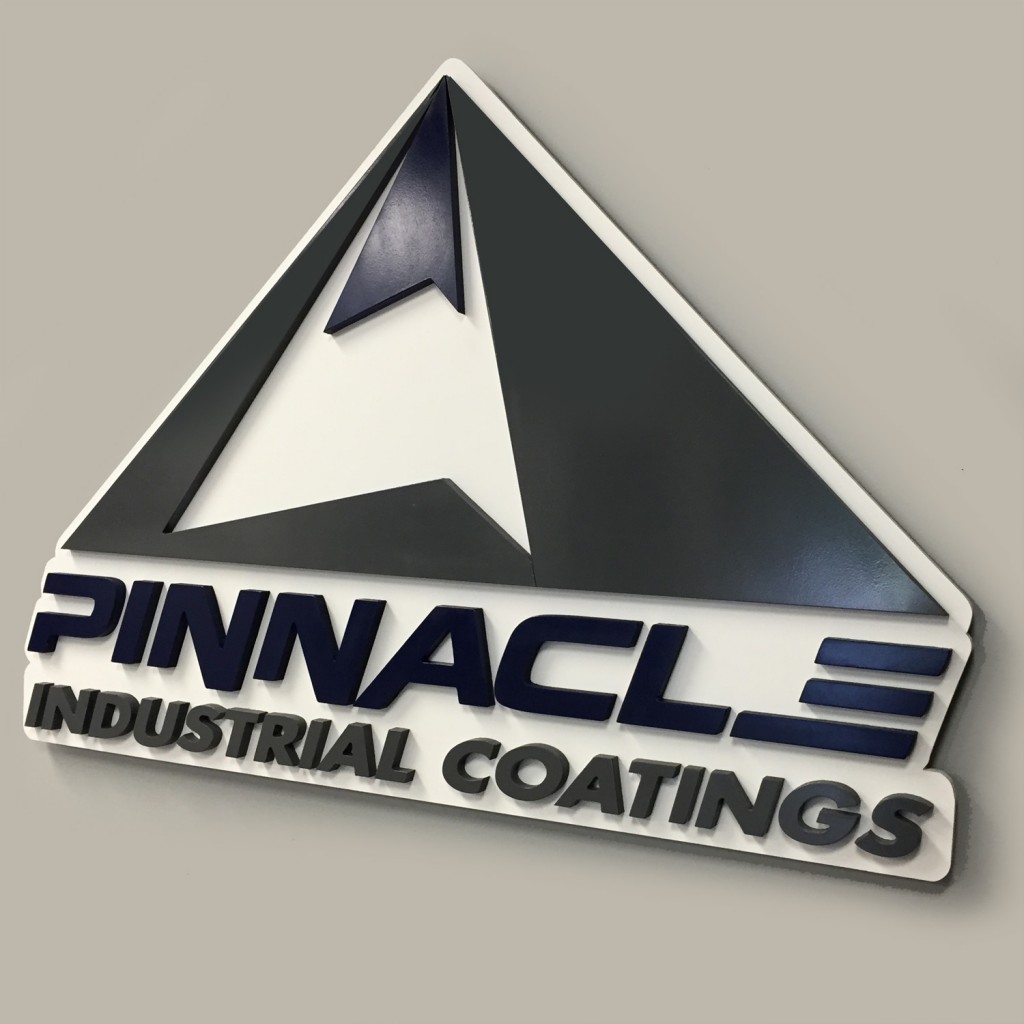 My friends over at Southwest Ohio Garage Floor Coatings are in the process of expanding their business from the consumer space into the industrial space. As such, they needed a sign for their showroom, based on an existing logo for their industrial division.

The sign will be mounted on one wall along with an existing sign for their consumer coating division.

We agreed on a simple dimensional sign that will be mounted out from the wall to give it a floating appearance, and mockups were made in Cut2D and sent over for approval.

The first step was to cut the outermost letters and shapes on the CNC router from 12mm Celtec PVC. 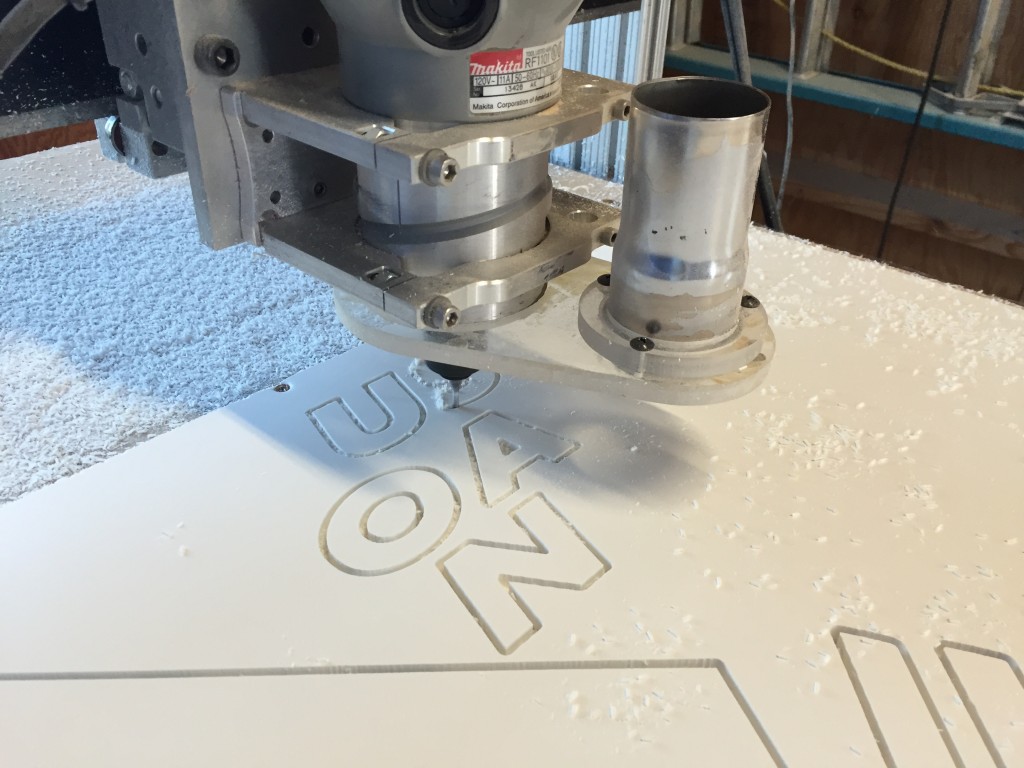 Because the substrate was larger than the CNC’s routable surface, it was done on the table saw and touched up with a coping saw and file. The result is hard to distinguish from a routed edge.

At this point, everything is mocked up to ensure it’s perfect. 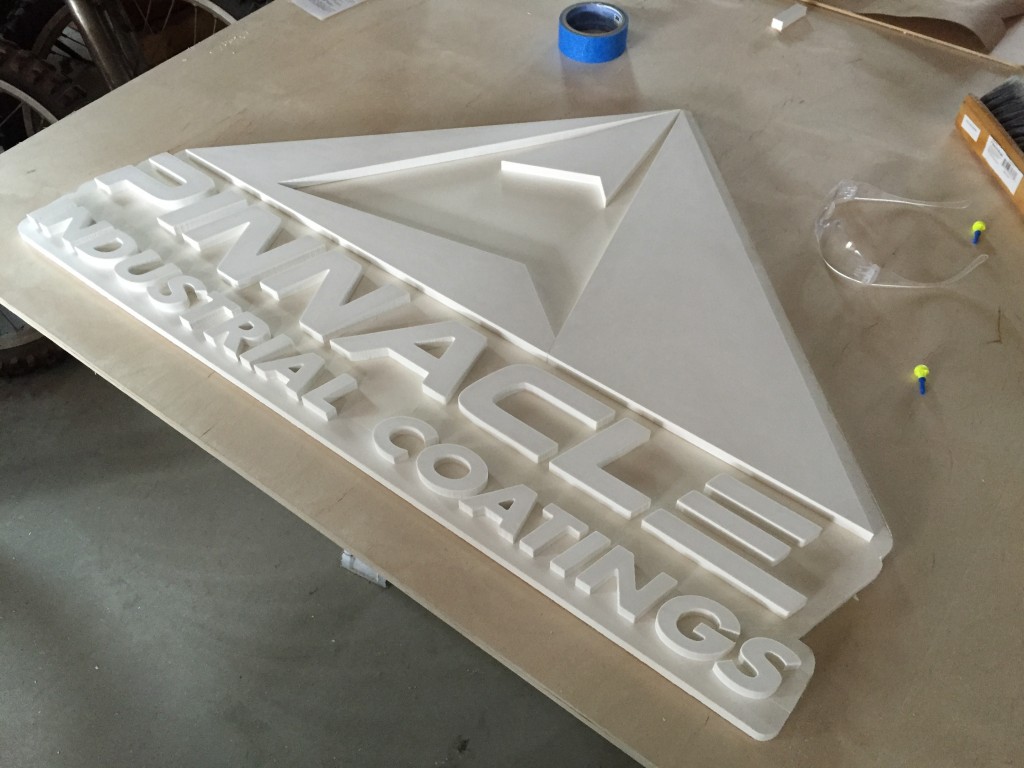 Next, everything is carefully deburred, sanded and cleaned in preparation for the paint booth. Due to the tight spaces, the edges of most letters are painted with an airbrush, followed by two coats of paint applied via HVLP gun. 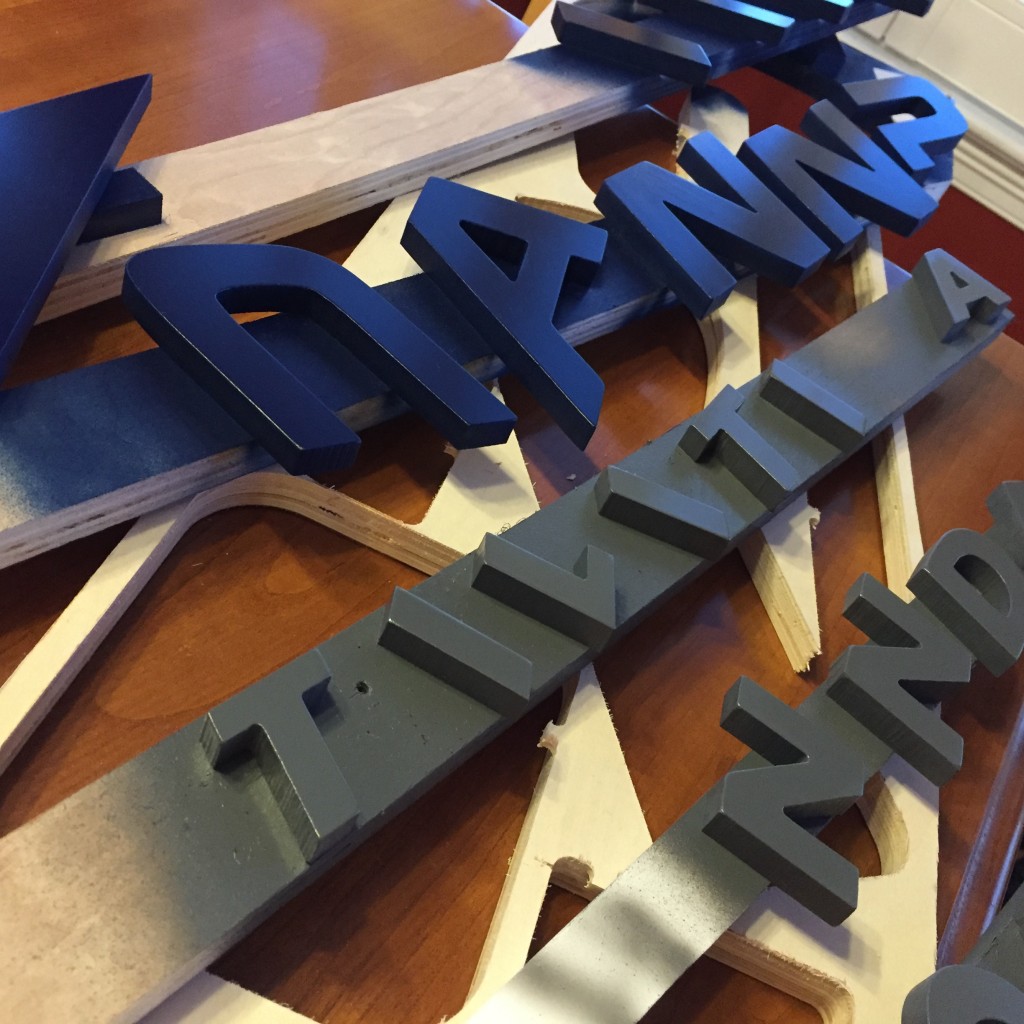 After ample drying time, the letters were applied to the PVC substrate with PVC glue. 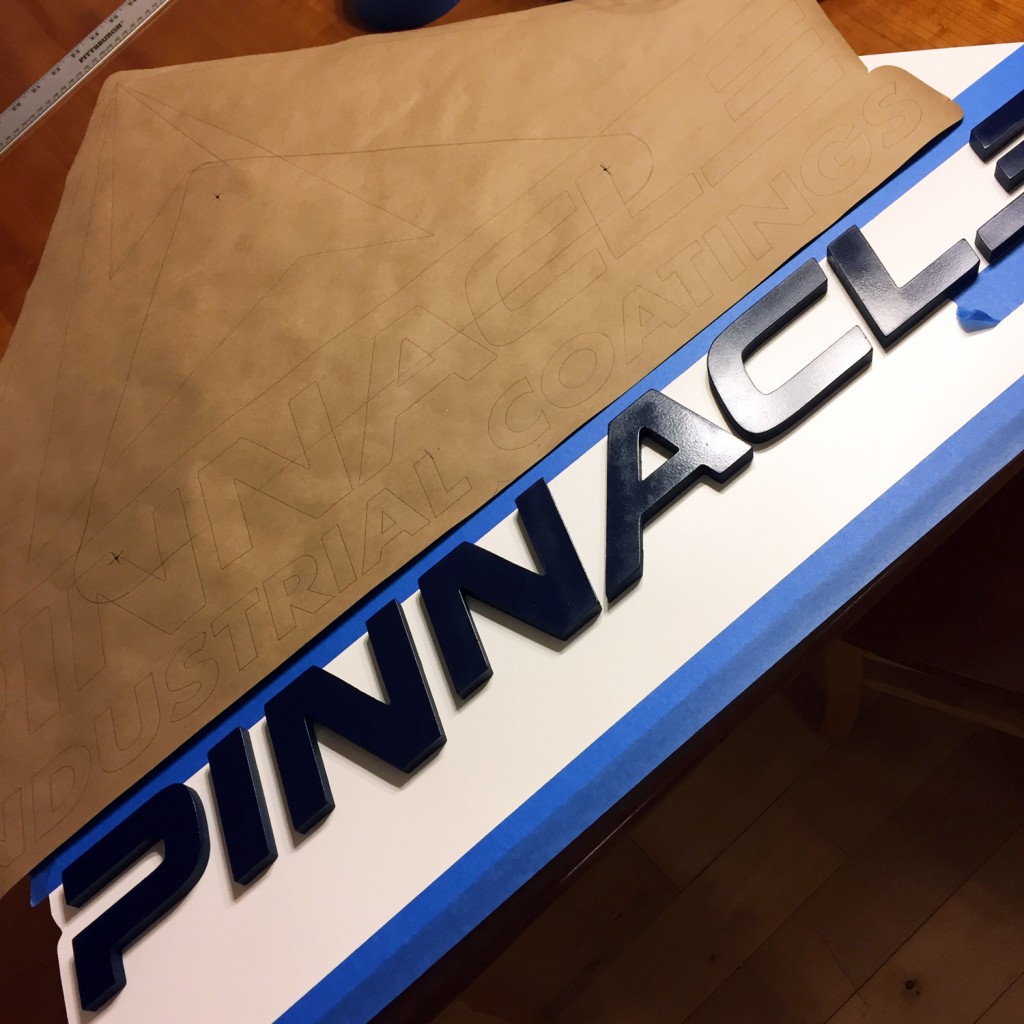 Finally, the rear hangers were added and a hanging template was produced on the vinyl cutter. Then it was installed! 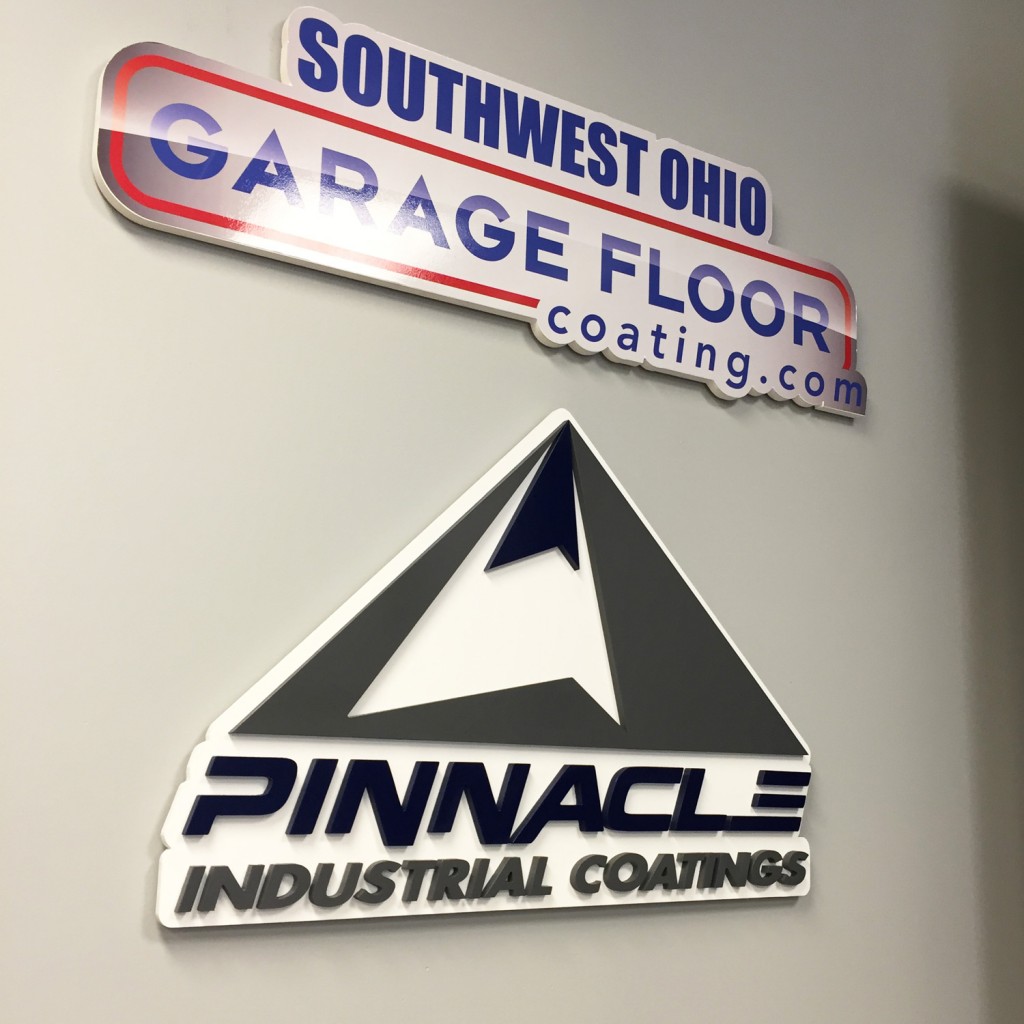