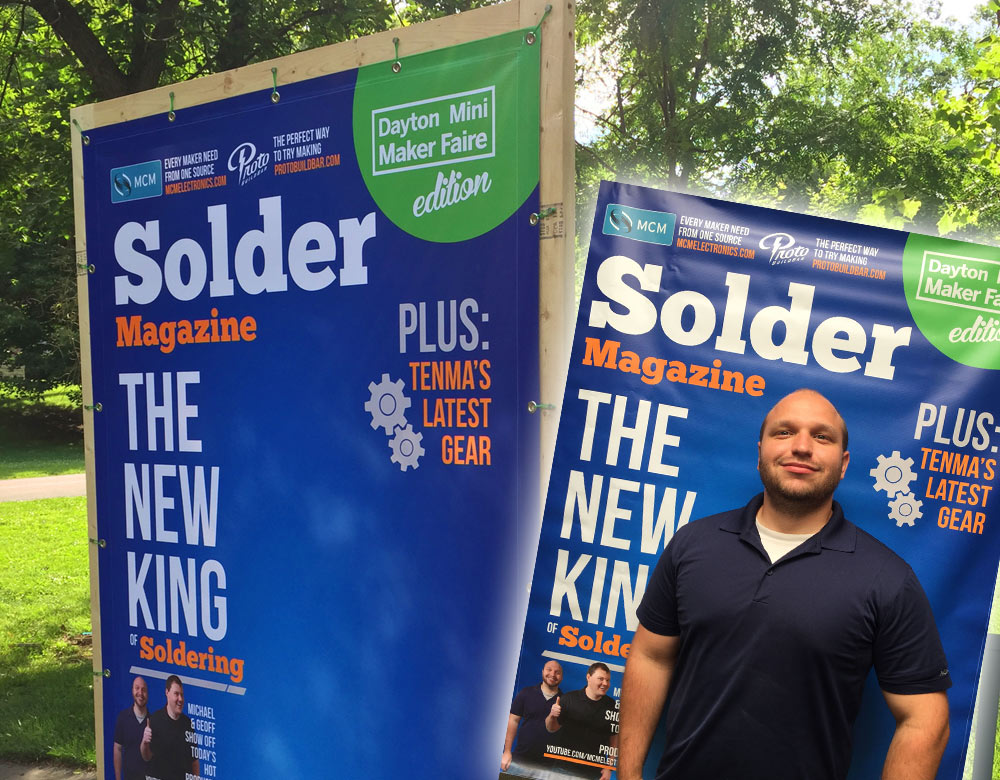 In addition to creating a custom PCB and sign for the Learn to Solder booth at the 2016 Dayton Maker Faire, I also created an attraction that kids and adults could take their picture with at the booth. I designed, built a frame, and mounted a huge banner in the form of a magazine cover that folks could stand in front of and have their picture taken as a keepsake, or to share on social media. The idea was to make them look like they were on the cover of “Solder Magazine”, as the “New King of Soldering”.

The attraction turned out to be a hit, as sometimes lines grew long to get a seat at the soldering booth. Further, it put MCM Electronics’ and Proto Build Bar’s logos in many phone’s picture galleries! 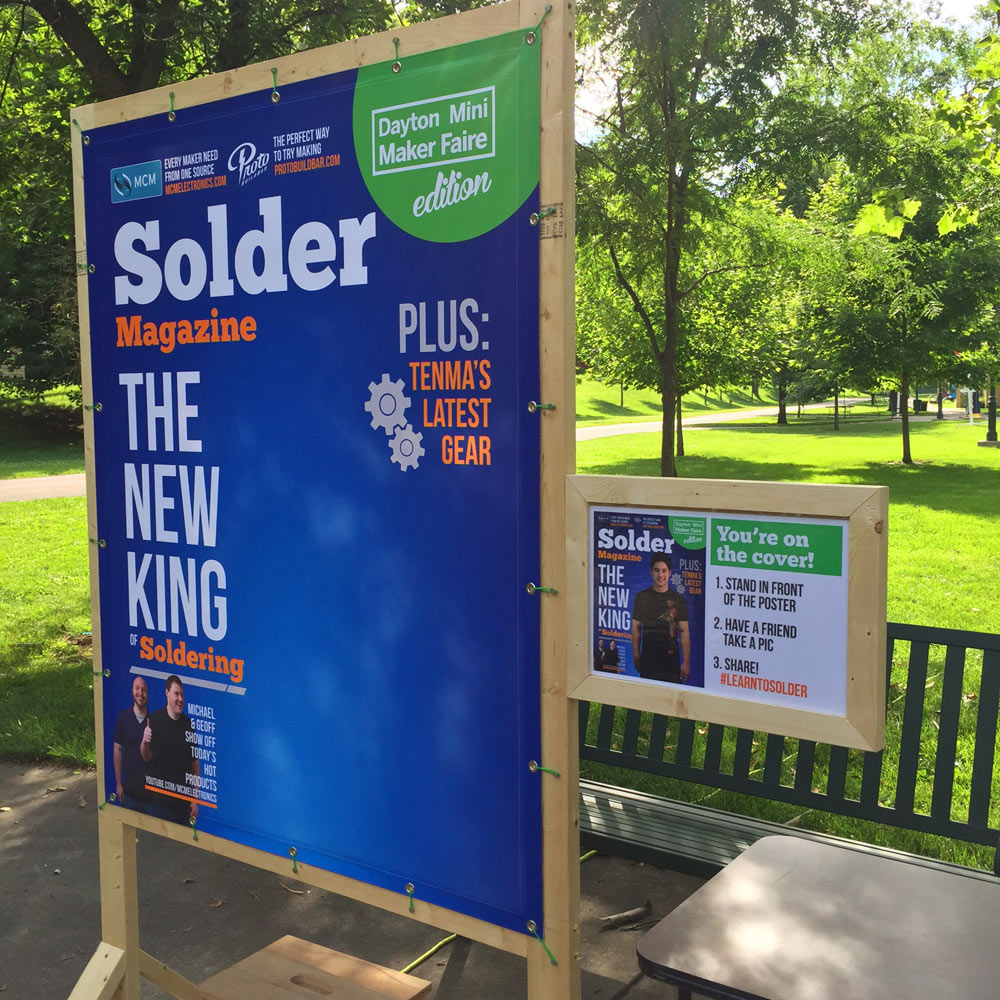 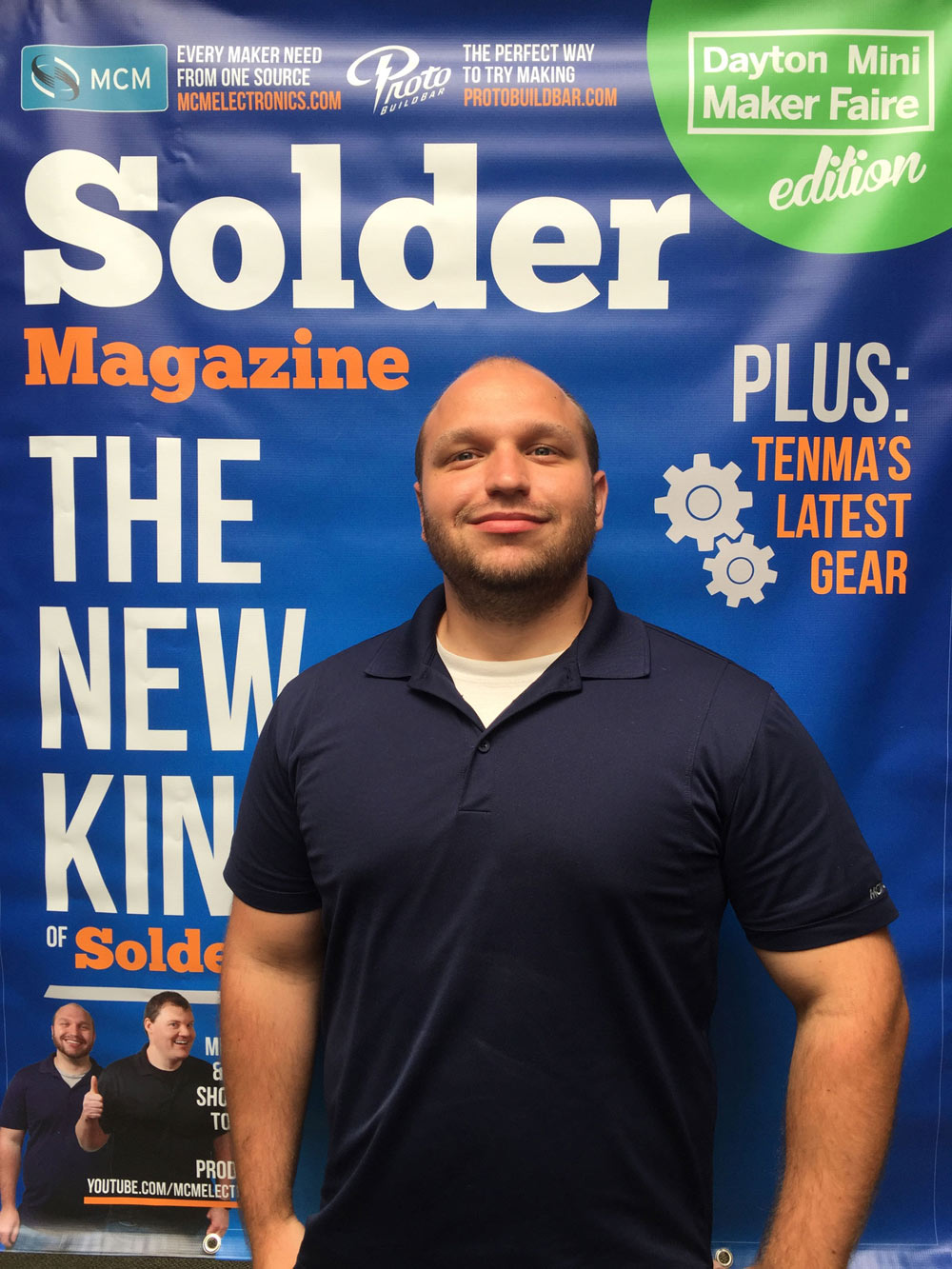