It’s that time of year again – Pinewood Derby time!!! This is Cooper’s fourth year in scouts and was his fourth car. Each year, we’ve decided on a unique design. Looking through Google for inspiration, we came across some photos of a Pinewood Derby held at the 2006 French GP, where several of the teams built cars. How cool is that?!? F1 teams building Pinewood Derby cars. Could we do something similar without the big budget of an F1 team? 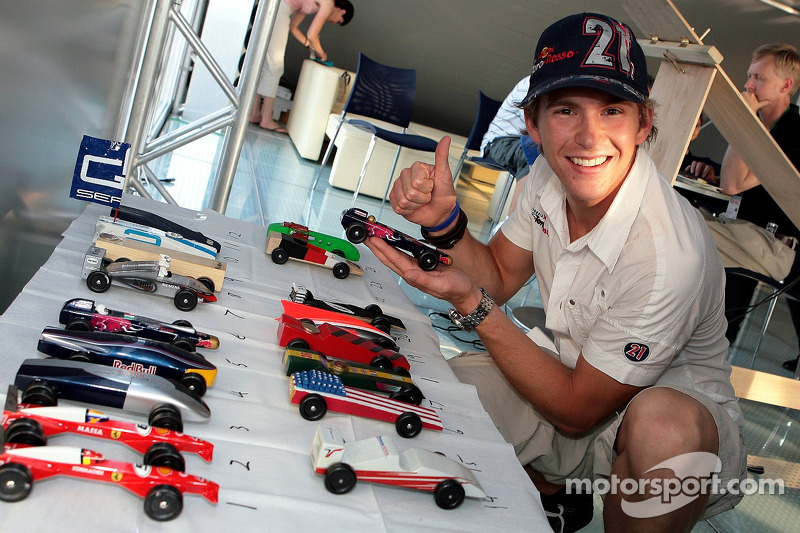 Cooper really liked the look of the Ferrari entry, as did I. We’re both big motorsports fans and currently race karts, so this one definitely “spoke” to us.

Based on the images, we drew the car up in illustrator from the top and side at a 1:1 scale, then printed it out and stuck it to the side of our pinewood slab. With some handywork on the bandsaw, we were left with a fair start on achieving the desired shape.

Next came the hard part. With our Japanese flush cut saw, we were able to cut out the negative space above the fenders. The flush cut saw does well here, as it can bend/contour to the shape of the body, cutting a curved line.

With the help of chisels, knives and lots of sanding, we were almost ready for primer, then paint. First though, weights.

We set the balance point one inch in front of the rear axles and littered the chassis with tungesten weight. This proved to be a challenge, being that the chassis was so shaved down using this design. A neat touch was that the wing is made from a tungsten plate, placing some extra weight as high up as possible.

Primer went on without much trouble – two light coats with sanding in between. I then coated the top of the canopy with gloss white. After it dried, disaster struck, as the red enamel shot from a spray can started to crinkle. Grrr. Not sure if the coat of white wasn’t dry or if the red enamel was applied too wet for a first coat.

After much scraping, wiping with paint thinner, and sanding, it was ready for another go – this time using acrylic model paints and applying lighter coats with an airbrush, which worked well.

Some decals were cut on the vinyl cutter, while others were plucked from extra model supplies.

After drying, acrylic clear was applied in multiple light coats, then the helmet was masked off and sprayed, followed by another coat of clear.

The standard treatment was applied to wheels and axles. Axles were burr free out of the box and were polished with semichrome polish, then bent slightly and marked at top dead center to help with alignment.

The wheels were trued on the outside to eliminate run out from the factory and material removed from the inside to reduce unsprung weight.

Everything was assembled and rolled on a flat surface to spot check the alignment.

The wheels were heavily lubed with graphite and after collecting cars from the last two years, we headed to the track. The first few runs resulted in the new car being beaten by both old cars by around 2/100, which was a bit disheartening. Adding more graphite and working it in didn’t seem to make a difference. The car wasn’t bouncing around and was riding the rail all the way down the track. It seemed fast off the line,but lost to the other cars on the flat. Out of curiosity, I adjusted the rears a bit to chance at a better alignment, and took some toe out of the front. This did the trick and now was beating the other cars by 2/100 consistently. 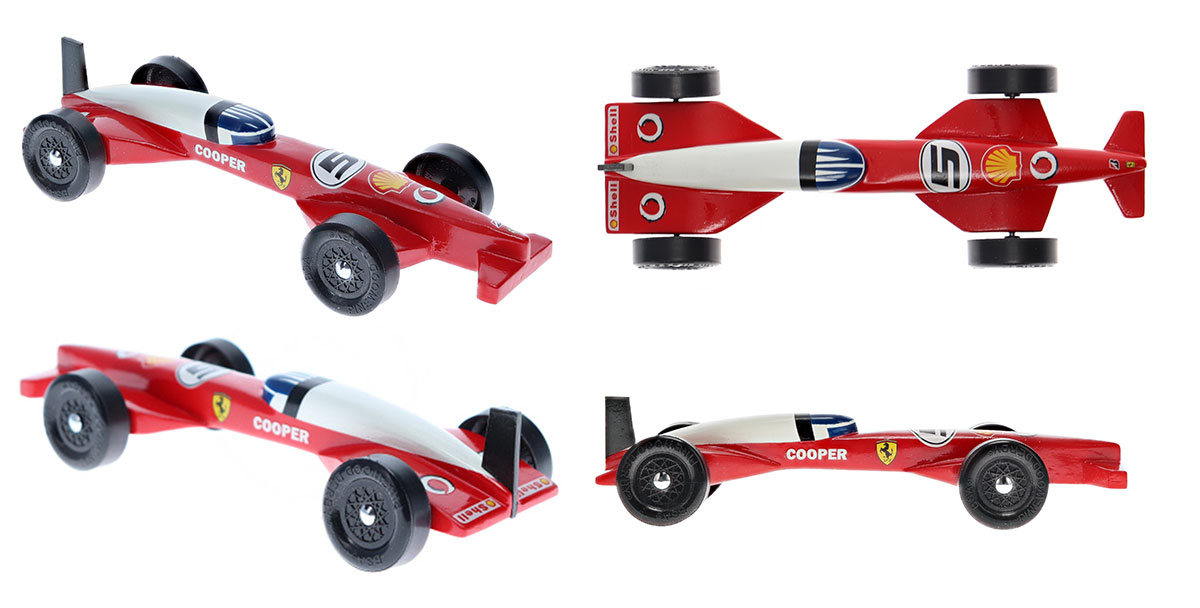 The car ended up doing very well in the pack race, coming in first out of the pack of 54 cars. 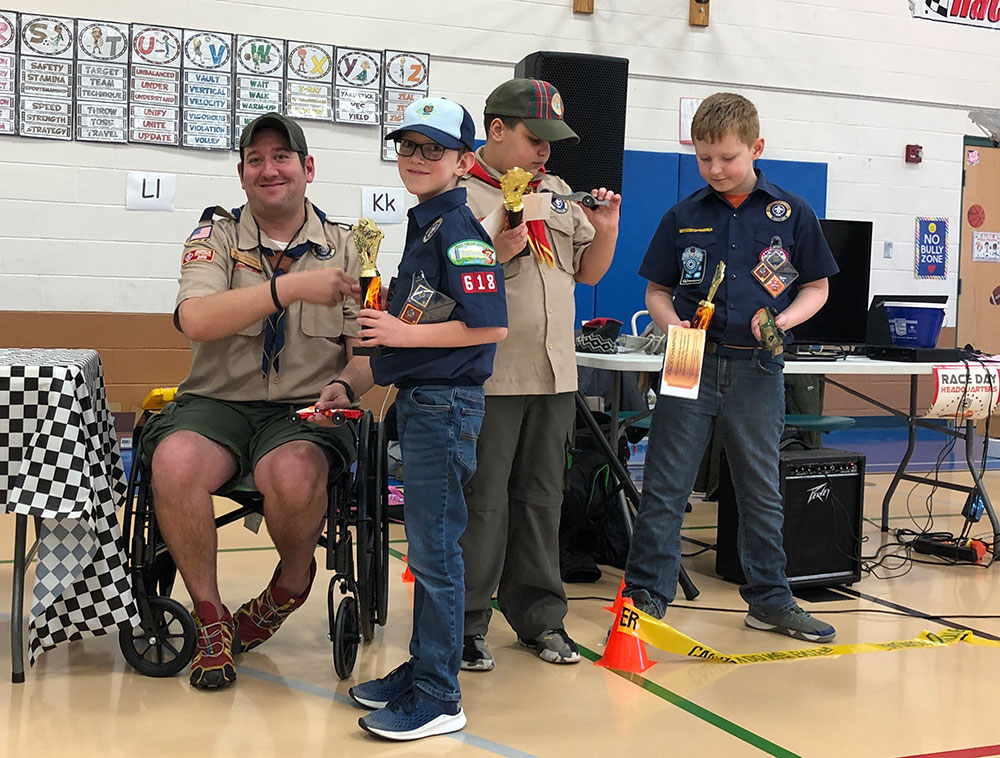