Another Dayton Maker Faire is now in the books. Like last year, I was lucky enough to have a faire (GET IT??!?!!) amount of involvement. This event is great, and to be able to support Dayton and see the everyone enjoying their time is really rewarding.

MCM Electronics chose to put on a learn-to-code booth using the BBC Micro:Bit, which was very well received. I created two projects that attendees could code with the micro bit, using Javascript Blocks; a simple name scroller as well as a pedometer. I created instruction sheets, a repeating presentation that displayed above the booth, as well as signage for outside the booth. MCM was selling Learn to Solder kits, Raspberry Pi kits, as well as Micro:Bit boards and kits. The booth was well attended throughout the weekend, and feedback suggested people were very happy to have a hands-on activity to complete. Some used the instructions to get up and running, while others knew exactly what they were doing. 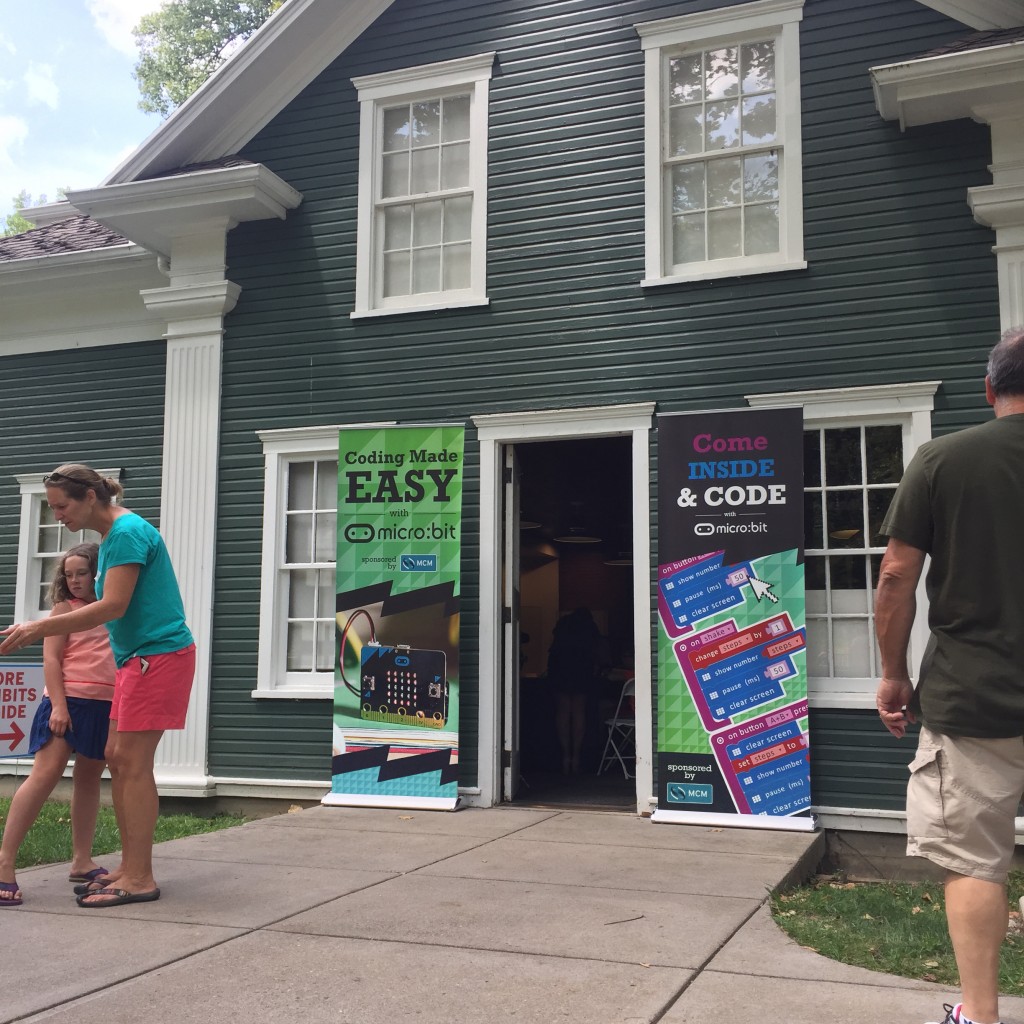 Banners made for a welcoming entrance to the MCM booth.

Complete instructions were found at each station to walk users through two different projects. 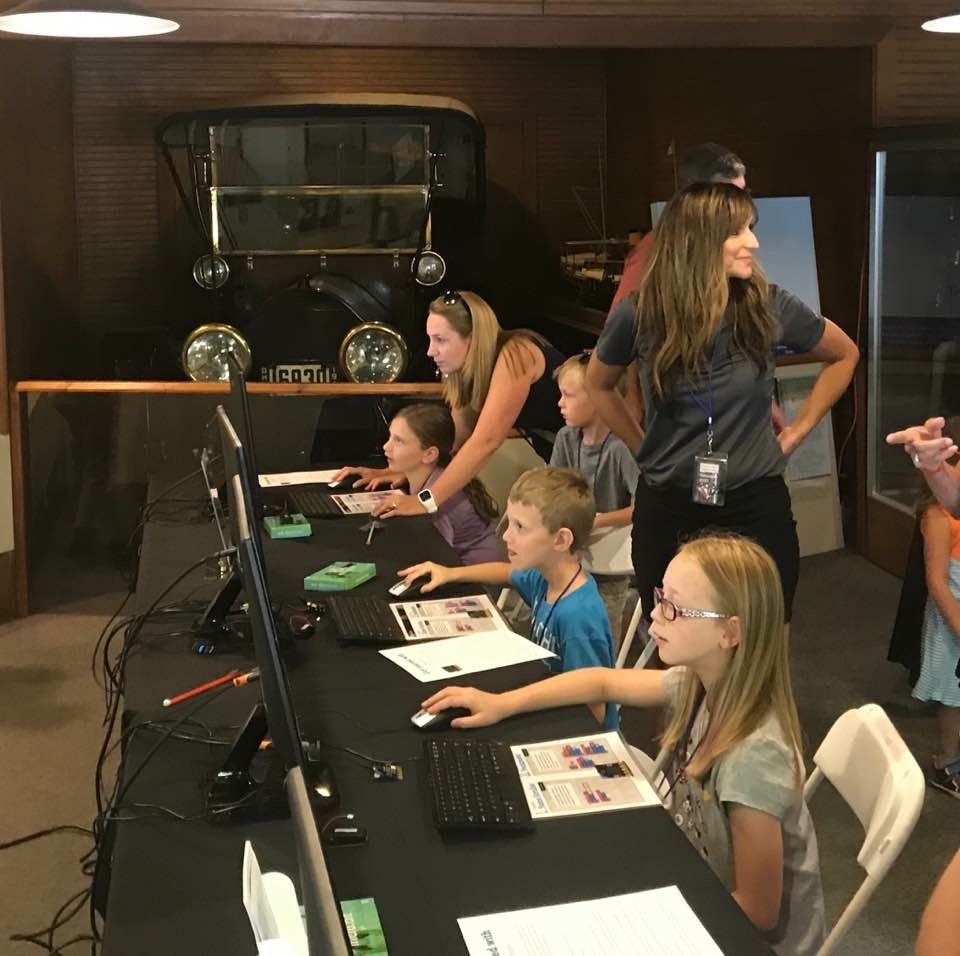 In the event there were questions, MCM had a several staff members on hand to help. 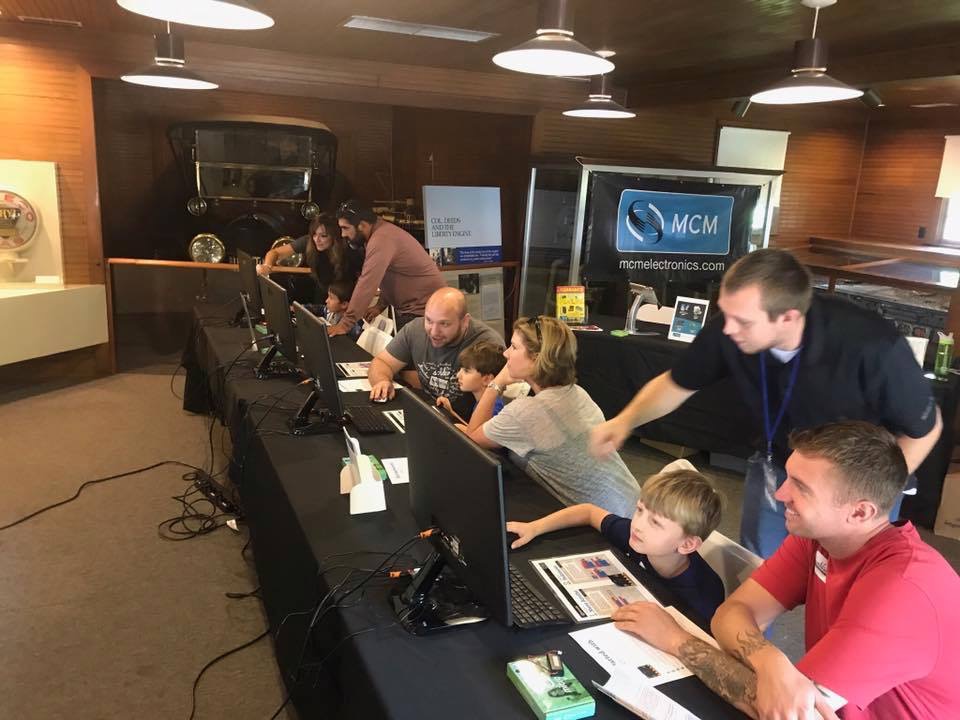 The Learn to Solder signage and banners I made last year was used again this year. Glad to see they’re still holding up well! 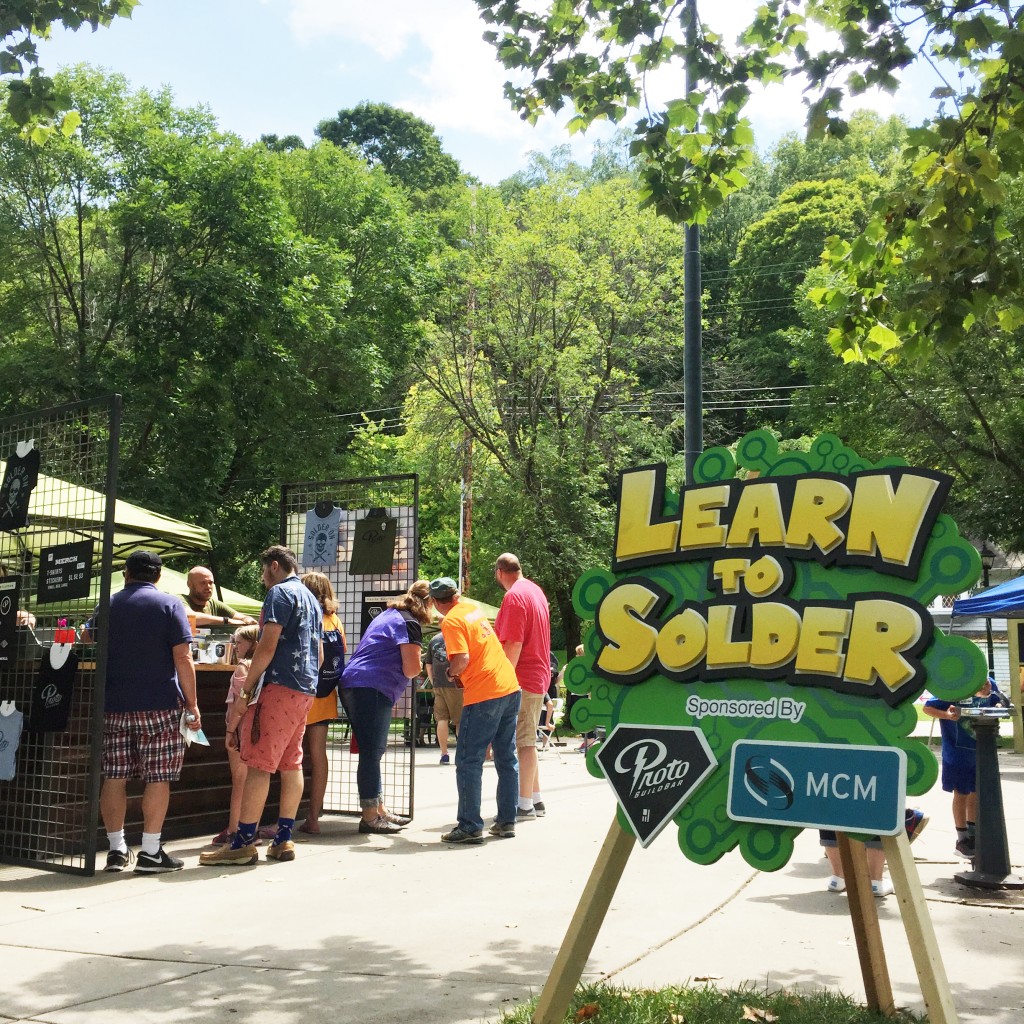 Last, but not least, Michael Castor and I defended our Boneyard Build Off championship from last year, joined by Chas Clark. This year, we named the team the “Constant Variables”. The goal was to build a water balloon launcher that would be judged on distance, looks, rate of fire, and accuracy. This event grew quite a bit over it’s maiden year, with five teams instead of two, and running over the course of two days instead of one. Additionally, instead of being supplied with “junk”, the teams were tasked with collecting junk from Mendelson’s Liquidation Outlet the weekend before. For nearly five hours, everyone combed through the first and third floors, looking for anything that could be used to help build a winning balloon launcher.

Our team meshed wonderfully, coming up with a plan and building on it throughout day one. Our concept was a cannon-shaped device mixed with a stationary rower, enabling the shooter to slide back on a rail as well as pull with his arms.The base was a large cable spool, held in place by springs and a steel axle. The frame was made from six 2x4s and some scrap OSB. The sliding seat was mounted on a thick sheet of delrin (the things you find at Mendelson’s!) and rode on extruded aluminum. A set of bike pedals helped the shooter apply backwards force, and two large PVC tubes held spare balloons. Here is the full parts list:

Community Scrap Pile at the Event

By day two, we were painting and fine tuning our launcher.

All five teams finished their builds and had a working launcher in some capacity when the competition started. 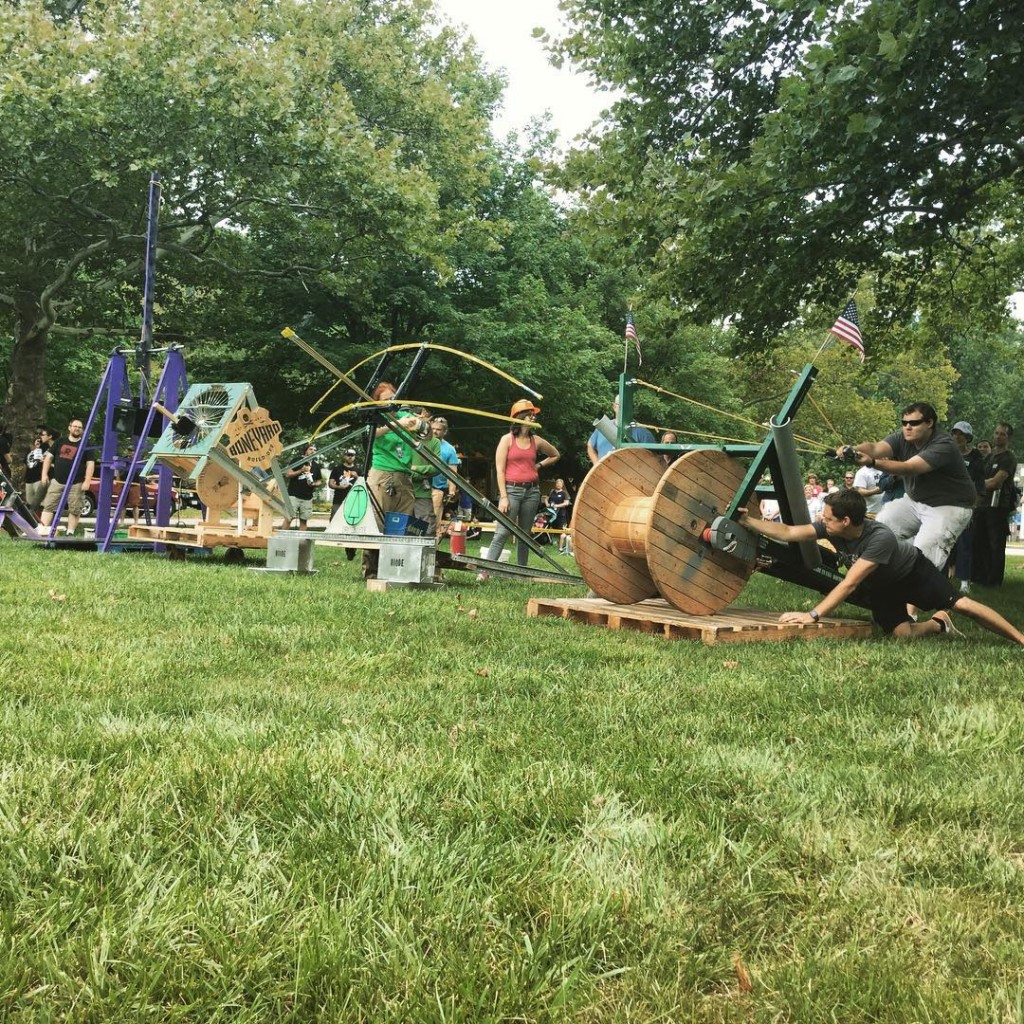 Here are a few detail shots of our launcher: 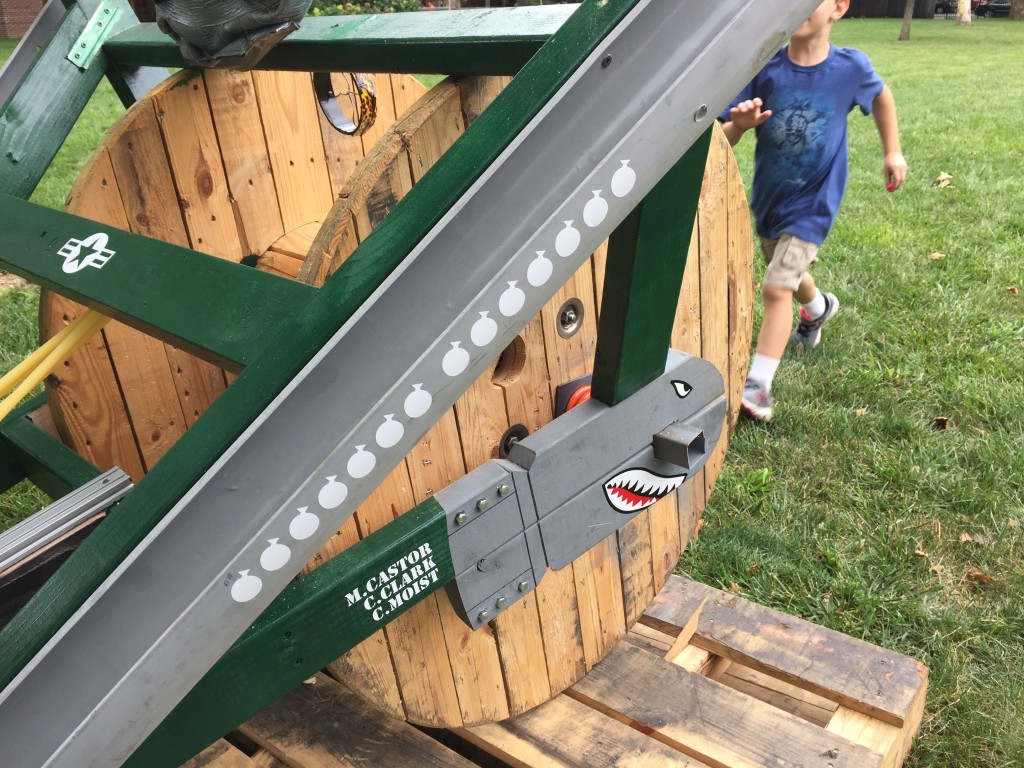 The “bomb” detail was all Chas’ idea from the start. Adding some vinyl decals, magic marker and the bolt heads took it to the next level! 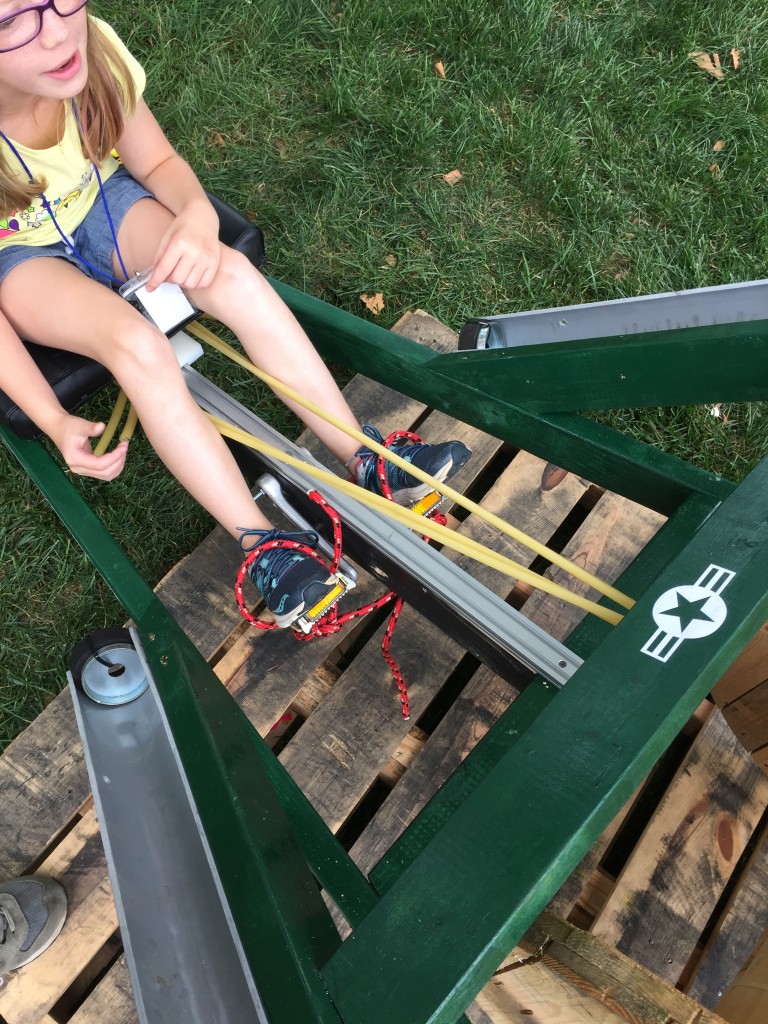 Stirrups, combined with some strategically placed surgical tubing helped bring the shooter back into position. 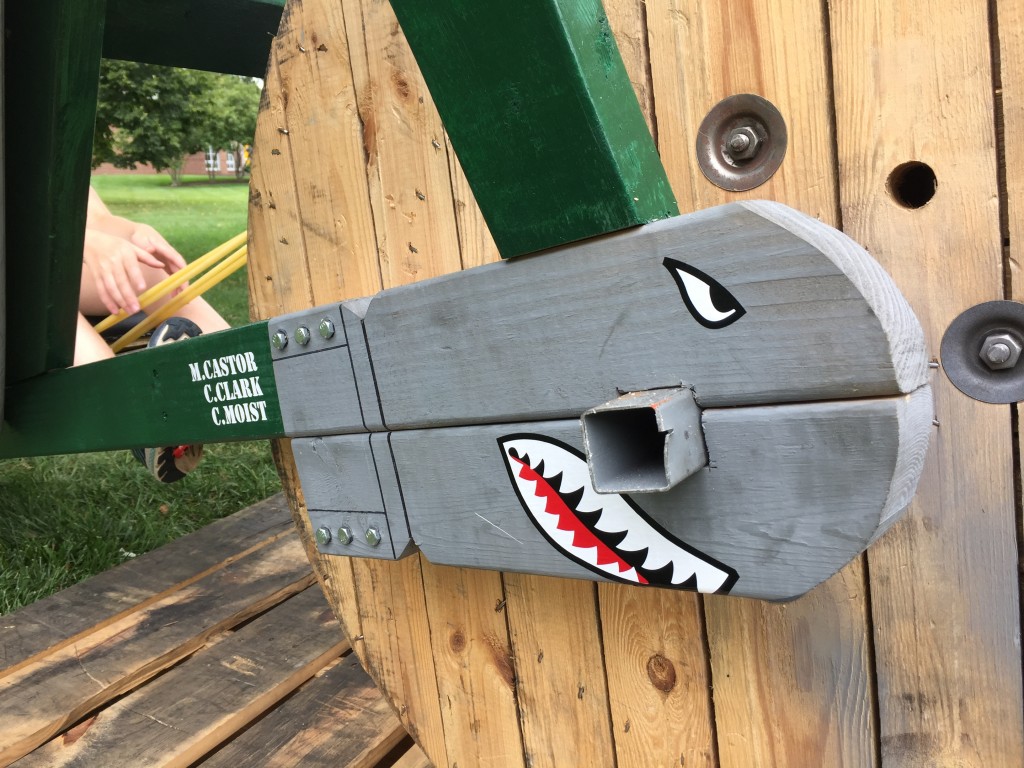 So angry, the bombs were! 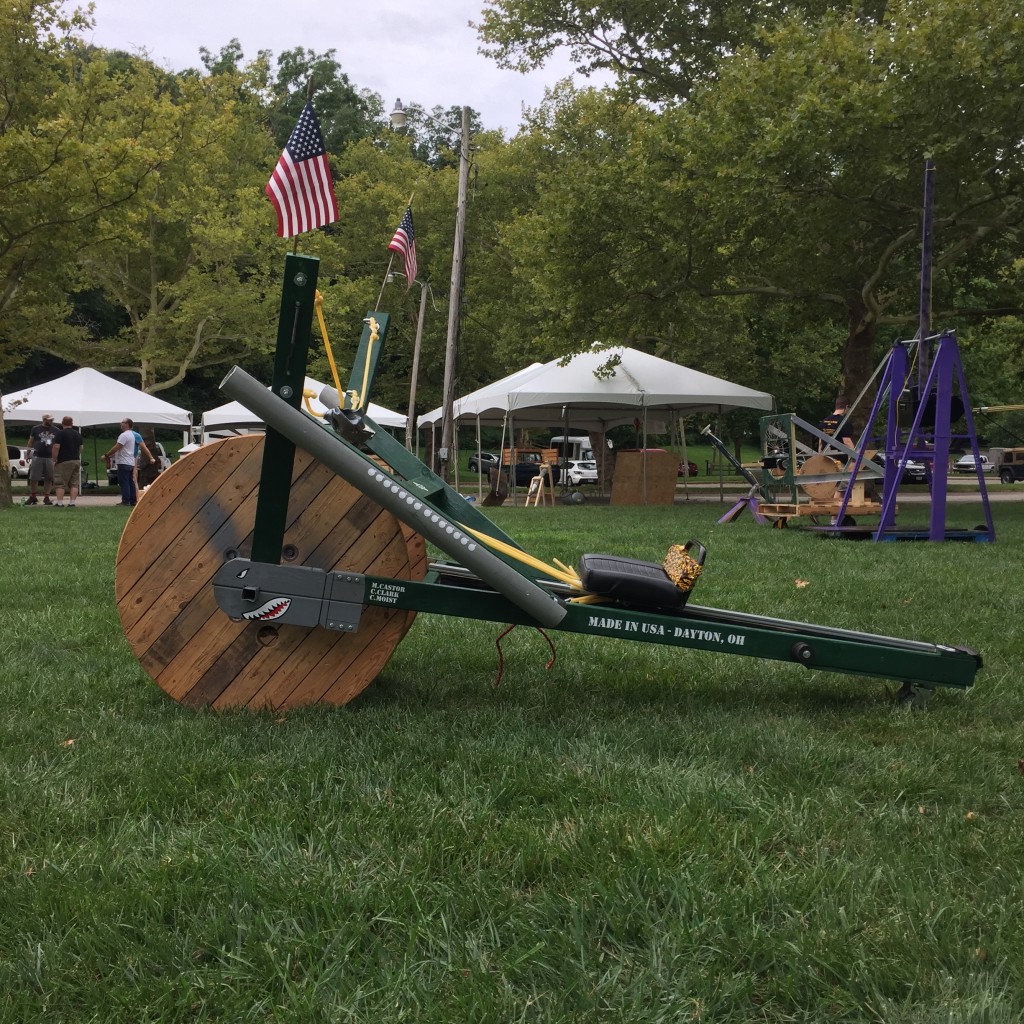 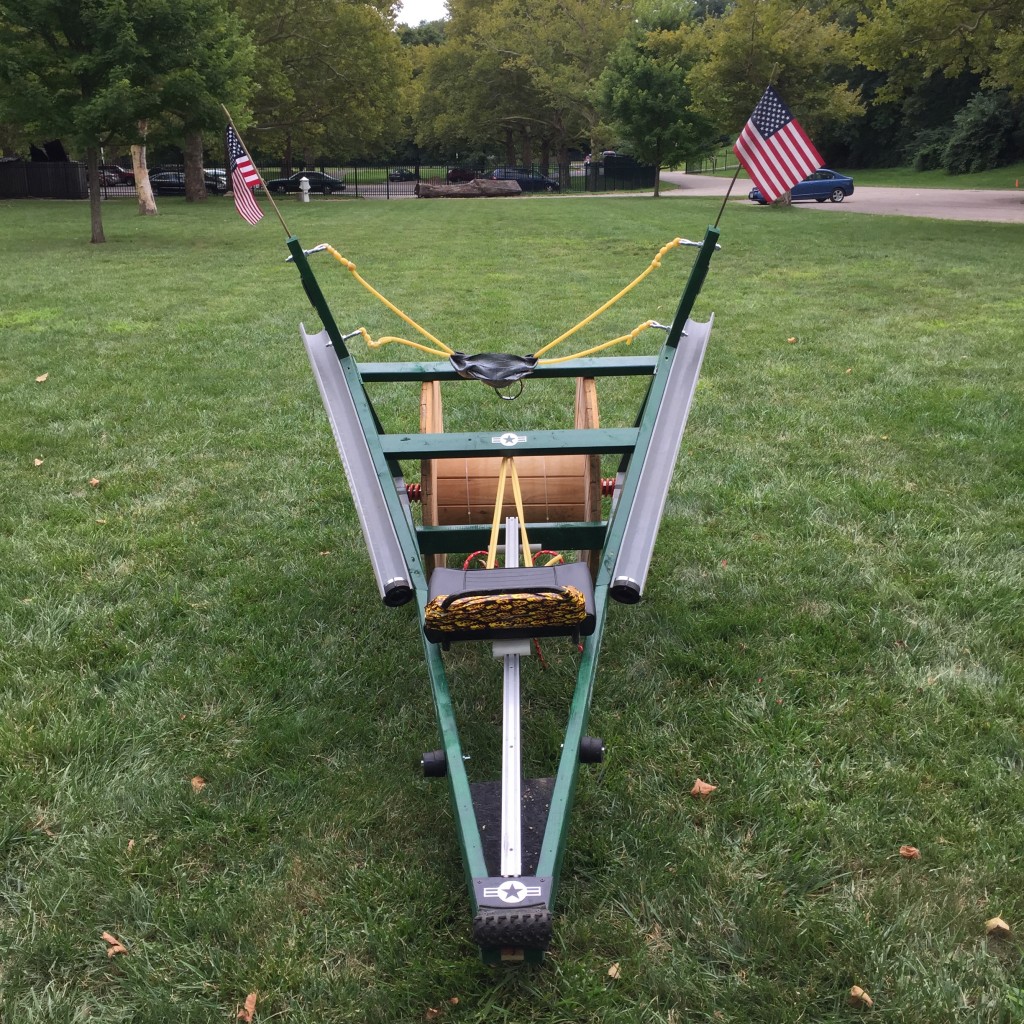 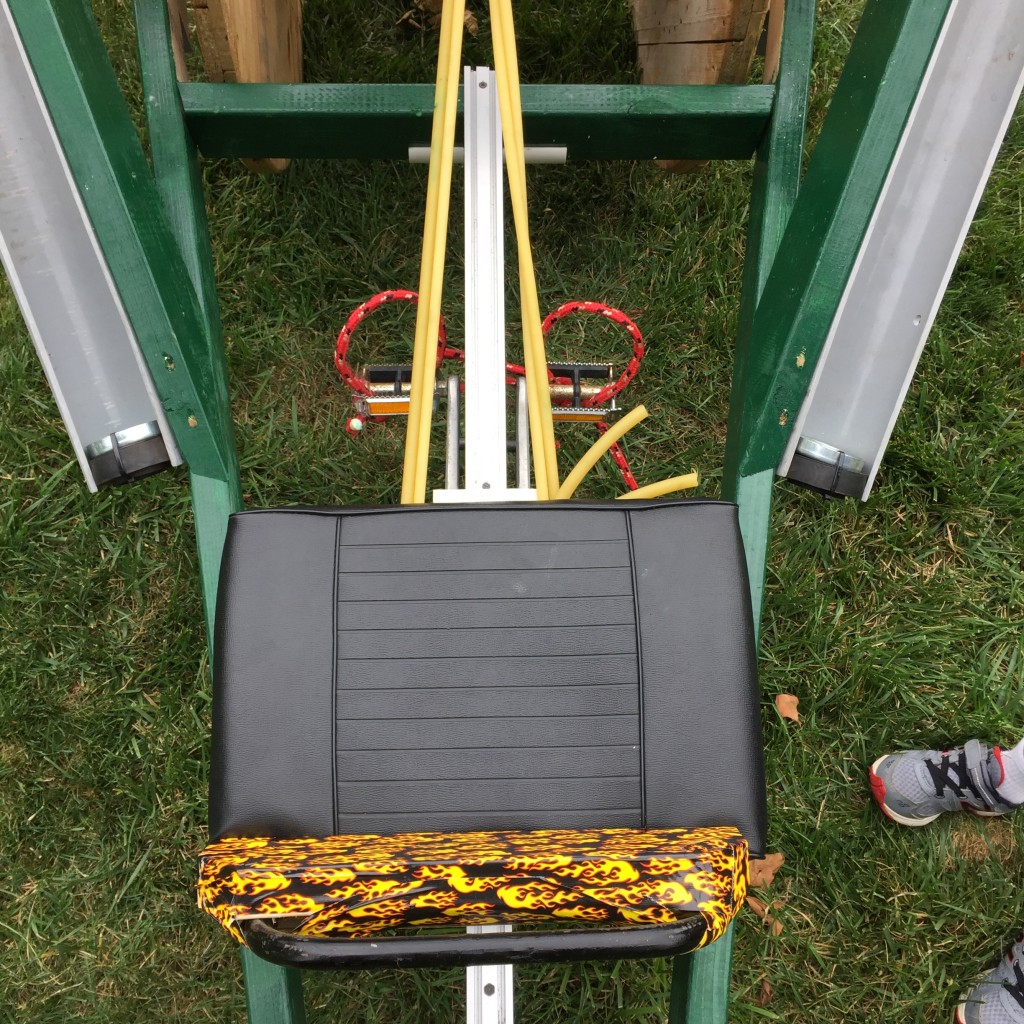 In the end, our launcher outperformed the competition, launching nearly twice as far, more frequently, more accurately, and looked the part. Of a possible 20 points, we scored 18, giving our team the win for the second consecutive year. We look forward to trying for a hat-trick next year!

Final scores for all the teams. 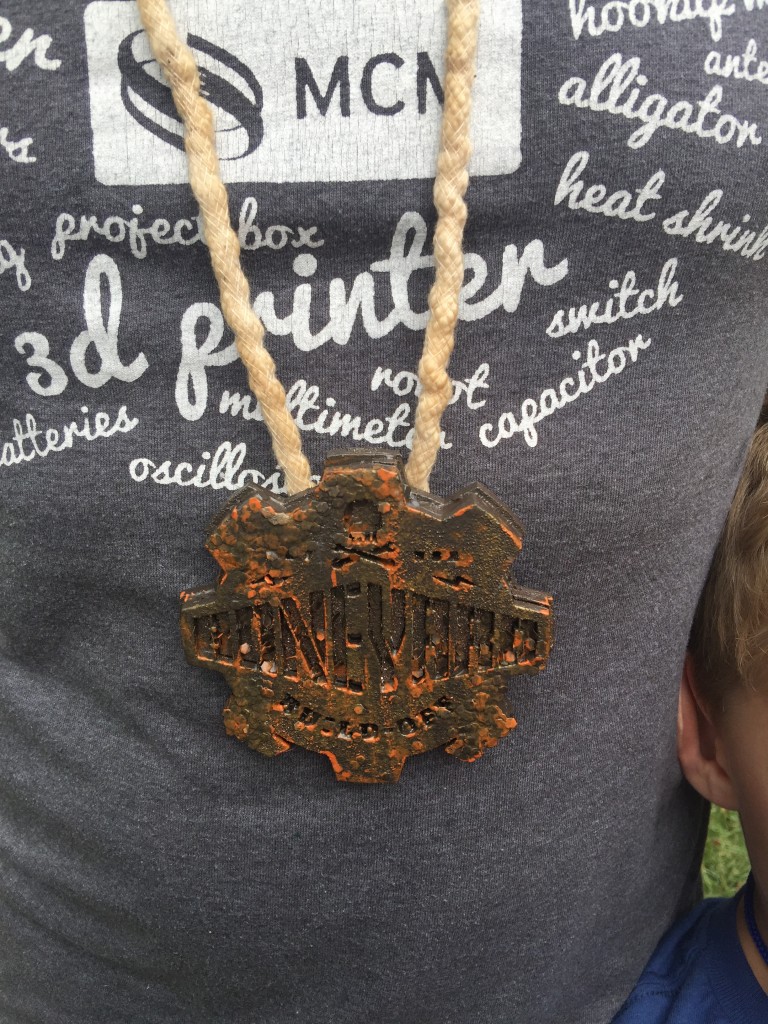 The awards Josh made were cool. Laser cut layers with some rustic weathering. 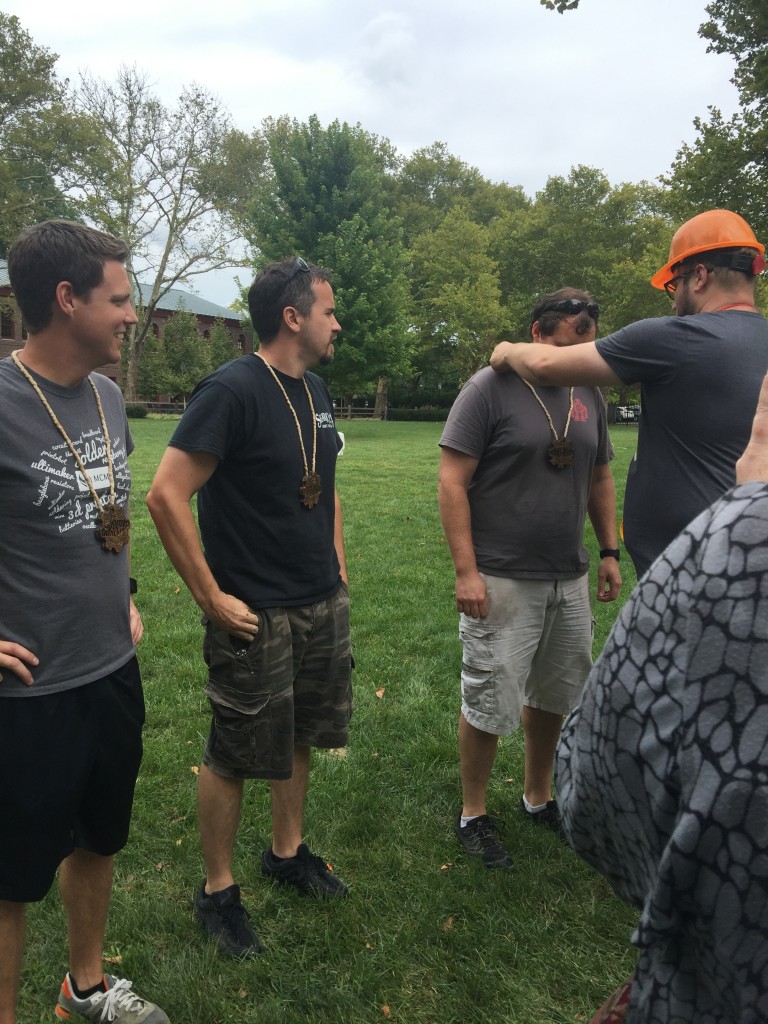